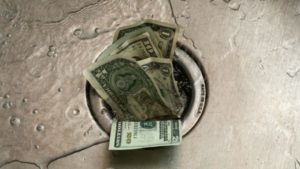 Real Estate Alert! Amateur home-flippers are getting burned. Especially on fixer-uppers. Contrary to what HGTV shows are telling you. Real estate markets highlighted on HGTV reality shows are not as profitable as they show on TV.

After a springtime selling binge earlier this year, the home-flipping business settled way down over the summer amid a continuing scenario of languishing profits.

Activity and ROI declined. Home flipping during this period averages a gross profit of almost $65,000. This up 3.5% from a year ago. However, that wasn’t enough to keep up with initial home prices.

The report also claims the average gross profit only translated into a 40.6% return on investment compared to the original acquisition price. This is down from a 41.1% gross flipping ROI in the second quarter of 2019 and down from a margin of 43.5% in the third quarter of 2018.

But it’s not bad news for everyone.

Home flippers are doubling their money in rust belt cities like Pittsburgh and Scranton, Pennsylvania. As well as Flint, Michigan, and Cleveland.

However, if you’re looking to flip a home in areas highlighted on HGTV shows expect low or no-existant ROIs. Cities like Raleigh and Austin, Texas are performing horribly. You can expect the smallest ROI in Phoenix and Las Vegas.

Are HGTV Reality Shows Fake? You Betcha! Fake As A $3 Bill