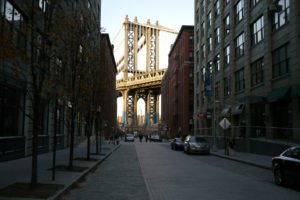 The five most expensive homes in New York City’s real estate listings for December were dominated by Lower Manhattan properties.

The second week of December saw the five priciest homes new to the market range from $50 million to $6.6 million, compared with the previous week’s spread of $19.5 million to just under $10 million. The listings were pulled according to an analysis of StreetEasy and Compass data, and one submitted listing.

The most expensive listing of the week by far was a West Village townhouse. The property hit the market quietly on Brown Harris Stevens’ website asking $50 million.

Here’s a look at the top five listings.

The gigantic townhouse is nearly 55 feet wide and freshly renovated. The home was originally assembled from two properties owned by investor Jeremiah Milbank in the early 1990s. He later converted it into a residence for young businesswomen. Broker Paula Del Nunzio is handling the sale.

This 1900-era townhouse was listed for the first time in 30 years. The four-bedroom home spans 6,600 square feet and includes a library and a chef’s kitchen. It also contains a double-height ceilinged art studio that is currently a separate residence. The home is also 22 feet wide and includes a garden in the back and terraces. Michael Bolla of Sotheby’s International Realty has the listing.

This townhouse was originally built in 1900. The property is partitioned into three residences. The ground-floor duplex consists of more than 2,300 square feet containing three bedrooms and three bathrooms. It also contains four wood-burning fireplaces. There is also a roughly 800-square-foot private garden. The two units above each other also have two wood-burning fireplaces and exposed brick interiors with private terraces. The listing is with Candice Milano and Malessa Rambarran of Halstead.

This three-bedroom property features three-and-a-half-bathrooms. It also features a premium Miele and Subzero appliance package that includes a wine bar for the kitchen. An ensuite bathroom for the master suite includes a steam shower, radiant floor heating and a Wetstyle soaking bathtub with custom stonework. The nearly 2,350-square-foot condo at Gary Barnett’s One Manhattan Square is not a sponsor unit. Private building amenities also include a motor court and a piano lounge. The property also includes a bowling alley and a screening room. In addition, it features a 75-foot pool and a spa. It also includes basketball and squash courts and golf simulator. Ariel Cohen of Douglas Elliman has the listing.