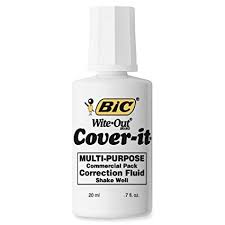 Bank of America panicked after learning Mosley had hired MFI-Miami to investigate the file. As a result, they sold the mortgage to Carrington Mortgage Services during litigation.

On February 20, 2018, BP Peterman filed a foreclosure complaint against Mosley in the Waukesha Circuit Court.

As in any judicial foreclosure, the lender’s lawyer must provide a copy of the mortgage along with mortgage assignments and the note with any allonges as exhibits in the complaint.

Attorneys are also supposed to redact any personal information from a lawsuit. This includes social security numbers and loan numbers on the documents by blacking it out.

Did BofA Or The Bank of America Foreclosure Mill Commit Fraud?

The Mosleys had an FHA loan. Anyone who reads this blog on a regular basis knows that FHA mortgage foreclosure guidelines are different than conventional loans.

However, Bank of America believes that the rules don’t apply to them and they usually ignore them.

I have never seen such a brazen stunt by Bank of America or their lawyers as they pulled on the Mosley foreclosure. Bank of America and/or BP Peterman Law Group used correction fluid to make Mosley’s FHA mortgage appear to be a conventional mortgage.

The copies of the mortgage and Note supplied by Carrington Mortgage indicate this is an FHA mortgage. The MERS database also confirmed this is an FHA loan.

Yet, the copy of the note filed with the foreclosure complaint is conveniently missing those identifying indicators showing this is an FHA loan.

It appears Bank of America or BP Peterman must have used a whole bottle of correction fluid to cover their tracks. They also whited out any reference to this being an FHA loan on an amended note signed by Bank of America and Mosleys in 2011. In addition, the bank and/or their lawyers also did the same thing to the mortgage.

MFI-Miami discovered the discrepancy when we pulled a copy of the mortgage from the Waukesha County Register of Deeds office. The RoD copy had an FHA case number listed on it as well as a loan number.

It appears these documents were altered intentionally to fool the court. The bad news is that it worked. The judge hearing the case rammed the case through the court at light speed.

Why Would BofA Or A Foreclosure Mill Do This? 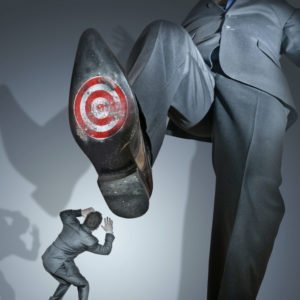 What most people don’t know is that FHA loans have several unique rules that subprime and conventional loans don’t have. These stipulations become apparent when it’s time to foreclose. FHA lenders also have to comply with these rules or they cannot foreclose.

As you guessed, lenders like Bank of America try to gloss over these rules or ignore them altogether. They want the quick buck from the MIP policy and then the 100% profit when they sell the property.

First of all, one of these unique features is the requirement that the lender must have a sit down meeting with the homeowner in the event of a default. The federal government wants to do everything to ensure they don’t have to pay out unnecessary MIP policies.

This meeting has to take place within the first 61 days of default. The default begins on the first day you are late with your payment. Your mortgage should have a clause explaining this. However, if it’s not, don’t fret. It’s codified under federal law.

There is also another requirement that lenders have to comply with before commencing with an FHA foreclosure. The lender must notify all mortgagors on the mortgage and prove they did. Most of the time the lender only sends it to the primary borrower, not the co-borrower.

So, how can you use these issues to your advantage? 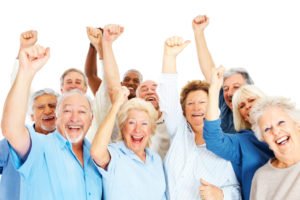 First, you need to remember that these are not affirmative defenses. Although the lender usually violates these laws hoping you or your attorney won’t know about them.

They are causes of action you can bring against them especially if the lender sells the property with the homeowner still occupying the property.

This means you have to sue or file a counter-complaint against your lender and Ginnie Mae or HUD.

Going on the offensive in an FHA foreclosure shows a lender you are serious. It also shows that you’re not going to put up with any of their crap.

In addition, filing a counter-complaint also drives up the litigation costs for the lender. Eventually, the case becomes cost-prohibitive for HUD that they will settle.

Learn More About FHA Foreclosures Below:

This FHA Foreclosure Defense Strategy Stops Lenders In Their Tracks