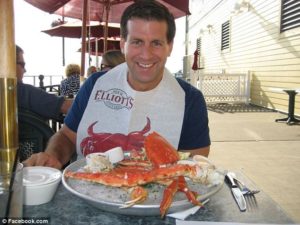 In February 2017, the Raunchy Realtor of Detroit, Scott Adlhoch was in trouble. He was facing disciplinary action by both the Michigan Association of Realtors and the Michigan Attorney General. Why? Adlhoch let his little head do the thinking for his head. Thus, this is what got him in trouble.

He and his then mistress, Aline Ermanni were meeting up for trysts at the multi-million dollar homes of Adlhoch’s real estate clients.

Unfortunately, the randy duo left more than a pair of Ermanni’s panties behind at several homes. Shocked homeowners came home to find “love stains” like the Mark of Zorro in several rooms of their posh homes.

One of Adlhoch’s clients in the posh Detroit suburb of Grosse Pointe put this way, “Adlhoch put the “gross” into the Grosse Pointes”

Multiple media outlets posted the story. Once the story went viral, there was no way Adlhoch and Ermanni could contain it. Ermanni played the wounded victim and told the media her version of the Darth Vader defense. In other words, she claims it wasn’t her fault. She claimed she, “was seduced by a powerful man.”

MFI-Miami posted our version of the story as filler in March 2017. Our version of the events went viral for months on social media in Detroit. Why the Daily Mail version or the WXYZ version didn’t go viral is beyond me. The MFI-Miami version still ranks on the first page of Google. 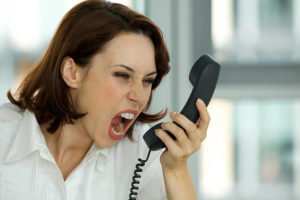 About two months after I posted the article, I got a call from a woman with a Detroit telephone number screaming at me.

She was obviously drunk because you could hear the sound of ice cubes clanging in a rock glass behind the ear-piercing sounds of her rant. I immediately assumed it was Adlhoch’s raging wife.

For nearly 15 minutes, this crazed woman screamed at me nonstop. She accused me of posting filth on Facebook and spreading lies about her family.

She also claimed she was going to sue me and to expect a defamation lawsuit. Naturally, I’m still waiting.

Apparently, her friends at the Grosse Pointe Yacht Club were busting her chops about her husband playing Johnny Appleseed with his mistress.

I tried to calmly (yes, I know, a rarity for me) to ascertain if she was Jenny Adlhoch and what the hell she was talking about. However, that didn’t work.

She then resorted to a string of colorful metaphors about my mother laced with f-bombs.

I later traced the call to a cell phone owned by Scott Adlhoch. I later received confirmation it was his then-wife, Jenny Adlhoch.

The Mysterious New Wife Of The Raunchy Realtor Emails Me

I thought everyone had moved on from Scott Adlhoch playing Johnny Appleseed at the homes of his former clients. That was until August of this year. I received a mysterious email from someone named Sidra Jia. She wrote:

can you remove this post? please
https://mfi-miami.com/2017/03/raunchy-realtor/
hopes you doing good
Thanks!
I laughed. Then she bombarding me with emails.
Sidra Jia later admitted in future emails that she was Scott Adlhoch’s new wife. She admitted the media coverage from 2017 was hurting Adlhoch’s real estate business.
She got angry when I told her it’s not my fault her husband was too cheap to shell out $35.00 for a 2-hour stay at the Bali Hotel on 8 Mile or Del Lido on Woodward for his trysts with Aline Ermanni. Those cheap hotel rooms would have avoided a lot of embarrassment. 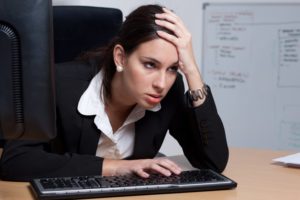 About a month later. I got a letter from a lawyer in Punta Gorda, Florida. The lawyer claiming she represents Aline Ermanni and “asking” me to take the article down.

The first half of the letter that you can read below, states that Ermanni has been marked with a proverbial “Scarlet Letter” because of her involvement with Scott Andlhoch and the two leaving mysterious love stains in multi-million dollar homes.

Attorney Jennifer Kreder then lectures me about “journalism ethics.”

She also inserts a link to an editorial opinion of the Cleveland Plain Dealer. What that has to do with me, I have no clue. However, judge it for yourself. The letter is below.

Four days later, I received an email from Aline Ermanni pleading with me for the sake of her children to take the article down.

My first thought was and still is, why didn’t Ermanni think about this before she allowed herself to be seduced by primal lust?

Yeah, Ermanni and Andlhoch fucked up. It’s sad that two marriages were destroyed and Ermanni’s kids have to read about their mother’s sexual adventures on the internet. But that’s life. It’s also disappointing she and her kids can’t go hang out at the Grosse Pointe Country Club anymore. However, it sucks to be them.

Ermanni has no one to blame but herself. She should have thought about all this before she gambled it all away over some uncontrollable primal lust.

She is as guilty as Scott Adlhoch.

Like I wrote above, Ermanni and Andlhoch should have shelled out the money for a cheap hotel room for their trysts instead of defiling people’s homes.

You can read the original article from 2 years ago here.