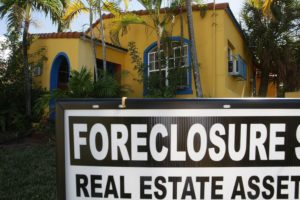 A short sale occurs when the mortgage debt on the home is greater than the sale price. As a result, the lender or mortgage owner agrees to take a loss on the transaction.

Yet, authorities claim that that is exactly what Tavarez and Mulvihill did.

Prosecutors allege from 2014 to 2017, Tavarez and Mulvihill allegedly falsely claimed lenders had agreed to pay Loss Mitigation Services fees known as “seller paid closing costs” or “seller concessions” from the proceeds of the short sales.

However, court documents state that the lenders made no such promises.

As a result of Tavarez and Mulvihill’s claims, settlement agents paid Loss Mitigation Services roughly 3% of the short sale price. Lenders paid fees to the company paid that were above and beyond anyone else involved in the transaction.

Additionally, Tavarez allegedly created fake letters from mortgage brokers claiming they had approved buyers for financing. This was done to convince them to approve the additional fees.

In total, the scheme allegedly defrauded lenders and investors out of nearly $500,000 on about 90 short sale transactions.

The charge of conspiracy to commit wire fraud carries up to 20 years in prison with three years of supervised release. It also includes a fine of $250,000 or twice the gross gain or loss. The charge of aggravated identity theft carries a mandatory two-year sentence that must run consecutively to any other sentence imposed. It also includes one year of supervised release and a fine of $250,000.