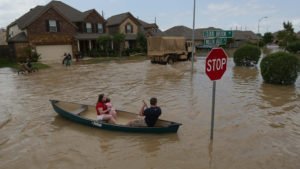 He claims it echoes lessons from the 2008 subprime-mortgage debacle. Burt makes a climate change and subprime lending connection in a recent interview with Vice:

There’s a lot of parallels, it’s a big real estate mispricing issue. At its core that presents a lot of the same risks. A lot of real estate is massively overpriced and there’s a lot of risks associated with it. The big risk is another foreclosure crisis. Now, it’s a very different dynamic that’s creating the mispricing. But actually magnitude-wise it looks pretty similar, maybe even bigger.