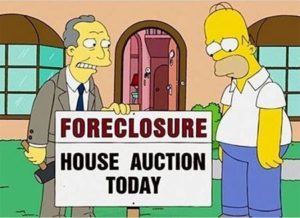 Attom says 143,105 properties had foreclosure filings from July through September of this year. This is down from nearly 172,000 over the same period last year. The numbers include default notices, scheduled auctions or bank repossessions. The reports also indicate foreclosure rates are at the lowest level since the second quarter of 2005.

Foreclosure reports from month to month can be volatile. However, the data could indicate the market is not at the level of distress it was prior to the last recession. It could also mean that despite numerous indicators showing a slowdown in the housing market, borrowers have yet to default on their payments.

Yet, the news wasn’t so good in some cities. Residential foreclosure rates in metro Atlanta were up 37%. Columbus, Ohio saw a jump of 27% and San Antonio was up 24 percent%.

“Overall, the foreclosure numbers reflect a market in which buyers can afford their homes and lenders remain careful in loaning to home buyers who have little chance of repaying,” said Attom’s Todd Teta.

Meanwhile, an increasing number of indicators are signaling that home prices could soon fall after years of price appreciation.