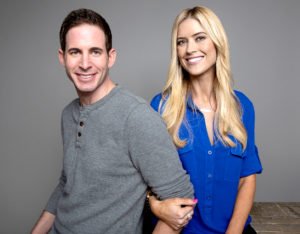 A court has agreed to put a temporary stop to a pricey real estate get rich quick real estate seminars fronted by HGTV stars. The Federal Trade Commission alleges instructors making promises to make attendees rich were misleading” and bogus.

The HGTV stars are also named in the FTC complaint against Zurixx. Christina Anstead told ABC News that Zurixx is “teaching” their sales techniques and she stands by her sales system.

HGTV has not yet commented. 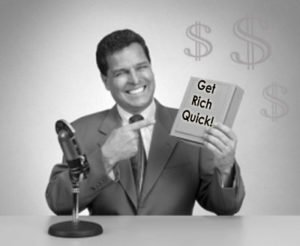 However, organizers would pressure attendees to pay for another three-day class that cost of $1,997. Organizers then taught those who paid for those classes how to apply for new credit cards. Zurixx instructors would also teach attendees how to increase the credit limits on their existing cards. The FTC also stated instructors would suggest using the credit to pay for additional training material. Students would have to pay an additional $41,000 for the material.

The FTC said Zurixx would offer refunds when students complained. However, Zurixx would only give customers refunds if they signed an agreement barring them from writing negative reviews. Zurixx also barred refund recipients from speaking to regulators.

Zurixx said in a statement that it welcomes the scrutiny. The company also stated that it anticipates “a positive outcome as we work directly and openly with the agencies involved.”

HGTV did not immediately respond to a request for comment.

The Associated Press spoke to about a dozen people who took classes by Zurixx in 2016. Attendees claimed Zurixx instructors pushed into buying pricey classes. They also claimed they learned very little about the real estate business.

The then-married El Moussas did attend at least some of the seminars. Christina Anstead (then El Moussa) told ABC News that she and Tarek were proud of their program.

I stand by our product. It’s our tools, it’s our system. It’s what Tarek and I do. I’ve only heard very minimal complaints.

In addition, the court also froze Zurixx’s assets. The court does this so it can potentially refund customers. The FTC typically asks courts to halt businesses in order to investigate them further.

Check Out These Articles:

Are HGTV Reality Shows Fake? You Betcha! Fake As A $3 Bill