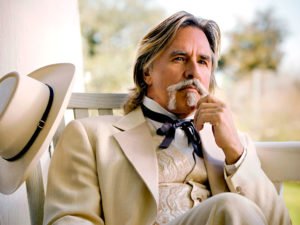 Bloomberg is reporting Amazon CEO Jeff Bezos is among the top 100 largest landowners of private property nationwide. The news outlet relied on data compiled by the Land Report. The list of the 100 largest landowners also includes Ted Turner and Stan Kroenke. Kroenke owns the NFL’s Los Angeles Rams among other teams.

That rarefied list of the top 100 largest landowners shows they own roughly 40 million acres. This is about 2% of the country’s total land.

This also is a jump from a decade ago. In 2009, the top 100 largest landowners had fewer than 30 million acres.

Bezos is the founder of Amazon and the world’s wealthiest person. He has acquired about 420,000 acres of land over the last 20 years. However, that also pales in comparison to billionaire and Liberty Media chairman John Malone’s 2.20 million acres.

The 10 individuals and families that make up the list of 100 largest landowners control land the size of West Virginia. The list includes several families who own timber and ranch properties plus some notable other billionaires.

Overall, the top 100 landowners own the highest share of state land in Maine, New Mexico, Texas, Florida, and Oregon.

Two of the largest owners of land in Florida are the Fanjul family with their Florida Crystals sugar cane business. The other being the Collier family which own large orange groves in south-central Florida.

California is also dominated by families who own farmland and ranches. The Boswell family controls the country’s largest privately-owned farm in Corcoran. Corcoran is between Fresno and Bakersfield.