The Florida Bar did not formally discipline the congressman. However, they did reiterate that Gaetz’s actions were “not consistent with the high standards of our profession.”

In light of the public nature of your comments, your actions do not reflect favorably on you as a member of The Florida Bar.

The Florida Bar opened an investigation into Gaetz’s actions in May. The bar took no disciplinary action. However, the letter states unequivocally that Gaetz’s actions were not up to their standards:

The grievance committee hopes this letter will make you more aware of your continuous obligation to uphold the professional standards of a lawyer in The Florida Bar and, in the future, you will adjust your conduct accordingly.

The Okaloosa County Sheriff’s Department arrested Gaetz on suspicion of DUI on October 30, 2008. He was driving home from a nightclub and was pulled over for driving 48 in a 35 mile-per-hour zone, according to the Tampa Bay Times. The SUV belonged to his father, State Senator Don Gaetz.

Deputy Chris Anglin stated in his report Gaetz had been unsteady on his feet and that his eyes were bloodshot. Gaetz reportedly admitted to having had two beers and refused to perform a field sobriety test or take a breath test.

The court dropped the case against Gaetz in December 2008. The court agreed with Gaetz’s attorney that there was no evidence Gaetz had been driving impaired. Deputy Anglin was forced to quit his job shortly after arresting Gaetz. 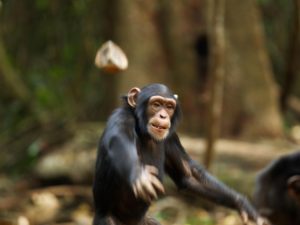 The Trumpanzee Congressman wrote on Twitter the night before Cohen testified in front of Congress:

Hey @MichaelCohen212 – Do your wife & father-in-law know about your girlfriends? Maybe tonight would be a good time for that chat. I wonder if she’ll remain faithful when you’re in prison. She’s about to learn a lot…

Legal analysts said Gaetz may have broken the law. Federal law forbids intimidating witnesses prior to an official proceeding.

Gaetz eventually deleted the tweet. He was also forced to apologize on the House floor for his conduct.

Cohen did not seem intimidated by Gaetz’s threat when he testified before the House Oversight Committee. Cohen testified under oath that Trump is a racist who lies about his wealth and likely committed multiple crimes.

The Trumpanzee Congressman has an obsessive devotion to Donald Trump. Gaetz has openly admitted that he is in Congress to protect Trump. He continually attacks those who speak ill of President Trump. He also throws childish insults at Trump critics like a Chimpanzee flinging feces at the zoo.