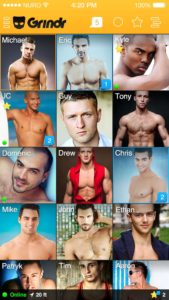 A Pennsylvania priest stole nearly $100,000 in church donations over a six-year period. Prosecutors say he used the money to pay men he met on Grindr to perform sex acts on him.

McLoone is a priest at Saint Joseph’s Catholic Church in Downingtown. Downington is located 30 miles west of Philadelphia.

Investigators revealed he allegedly opened a secret TD Bank checking account in 2011 and deposited $98,405. He then used the funds to pay for his secret lifestyle and to pay off his credit card debts.

The disgraced priest admitted using the funds for personal relationships with men. He also placed $1,200 in a commissary account of an inmate in a New York correctional facility.

Prosecutors identified the inmate as Brian Miller. Miller was never a Pennsylvania resident. He also had no previous connection to McLoone or the church.

McLoone told investigators that Miller lived in New York City. The disgraced priest met the inmate via Grindr for a sexual relationship prior to his incarceration.

The disgraced priest doubled the fee he collected as a stipend for Sunday Mass, weddings, and funerals to help pay for his secret lifestyle.

Chief of Staff Charles Gaz of the Chester County DA said in a statement:

Father McLoone held a position of leadership and his parishioners trusted him to properly handle their generous donations to the church. Father McLoone violated the trust of the members of St. Joseph’s for his own personal gain.

The Archdiocese of Philadelphia also launched an investigation into McLoone’s suspicious activity in early 2018.

McLoone was later put on administrative leave before he resigned as pastor of the parish.

Also, Check Out These Stories About Parishioners Getting Ripped Off