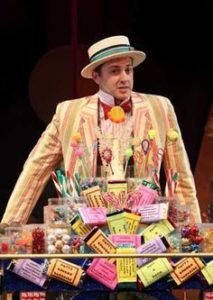 Troy Police arrested a Detroit man of exploiting children and larceny in what is known as a “Candyman Scam.”

When asked to leave, Mitchell got aggressive and threatened to fight the general manager before leaving.

Police said they spoke with Mitchell and issued him a misdemeanor citation for contributing to the delinquency of a minor. They also ticketed him for solicitation without a permit.

Police released Mitchell and the children at the scene. 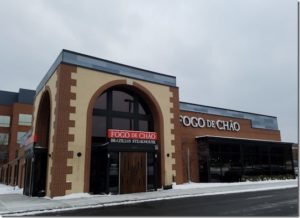 The restaurant called the Troy Police to say a man and three children were trying to sell candy to customers. The group agreed to leave when confronted by management. However, they asked if they could use the bathroom first.

The hostess soon noticed her purse was missing from her work area.

Police found the hostess’ purse inside a stall with about $40 missing.

Officers found Mitchell and charged him with contributing to the delinquency of a minor, solicitation without a permit and larceny.

Troy Police say the children admitted they don’t play football. The children said the money from the candy actually went to Mitchell. The children claimed Mitchell promised them money in the Candyman scam.

Mitchell has a previous history of larceny. A Wayne County judge had found him guilty of 2 counts of larceny in 2017.