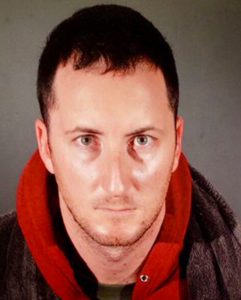 The Los Angeles DA has accused high profile Beverly Hills Realtor Jason Emil Yaselli and his accomplice of robbing more than a dozen celebrity homes dating back to 2016.

When the police recovered over 2,000+ stolen items worth over $500,000 when they raided Ackerman’s home.

Ackerman was arrested last year in connection to the crimes. However, he was released less than a week later without charges. Ackerman’s attorney, Gary Kaufman told CNN that prosecutors still do not have a good case against him.

The Los Angeles DA also says that the Beverly Hills realtor faces a possible maximum sentence of 31 years and eight months in state prison if convicted. Currently, the case remains under investigation by the Los Angeles Police Department.

Ackerman pleaded not guilty and denied the allegations at his arraignment on Aug. 19. The court set Ackerman’s bail at $1.2 million. The court set a preliminary hearing for October 3rd.

Keller Williams has erased Jason Yaselli from all of their public profiles and deleted his page from their website. However, there are still some old posts that show the type of high-end real estate that Yaselli specialized in.

Also, check out these other zany articles about Realtors:

Did The Raunchy Realtor Defile Your Michigan Home?