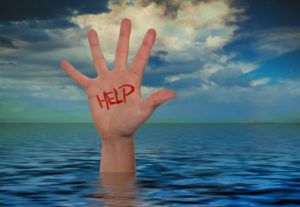 Residents in Hawaii, California, Washington state and Colorado are also struggling with hundreds of thousands in mortgage debt.

The National Association of Realtors reported June home sales were at a seasonally adjusted annualized rate of 5.27 million units.

Sales have shriveled 2.2% over the past 12 months despite a robust job market and falling mortgage rates.

However, home prices have been climbing faster than incomes for the past seven years.

This persistent gap has left many renters unable to afford ownership. It is also preventing existing owners from upgrading to pricier properties.

There has also been a supply shortage. New listings were flat over the past year at 1.93 million units.

Matthew Speakman, an economist at the real estate company Zillow:

The median sales price climbed 4.3% from a year ago to $285,700. This outpaced wage growth which only averaged roughly 3%.

In June, sales fell in the South and West. But increases in home-buying in the Northeast and Midwest were insufficient to offset the decline.

There has been a persistent lack of homes on the market priced below the national average of $250,000.

Washington DC homeowners have the highest mortgage debt at more than $400,000 per borrower.

California was the second-highest with borrowers drowning in more than $360,000.

An average borrower in Hawaii has more than $340,000 in mortgage loan debt.

Zillow reports that the median price of homes in Hawaii is listed at $632,500.

Washington state residents have about $260,00 in mortgage loan debt.

Meanwhile, Colorado borrowers are in more than $250,000 worth of debt.