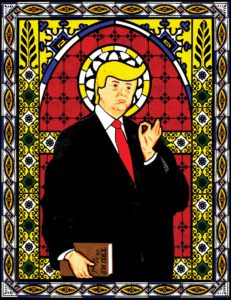 Evangelical Christians are furious at Donald Trump. They claim the trade war he initiated with China has created a stealth Bible tax in America.

The trade war was a result of the Trump Administration imposing heavy tariffs on Chinese goods.

Trump has already imposed 25% tariffs on $250 billion in Chinese imports. As a result, China has retaliated with tariffs on US goods.

The Bible has found itself in the crosshairs of the trade war. Bible publishers print nearly all Bibles in China due to the cheap printing and labor costs.

Congressman Josh Harder claims that more than half of the Bibles produced in the world originate from China:

More than half of the Bibles printed in the world originate in China due to the unique paper and technologies required.

Publishers Say Stealth Bible Tax Is Only The Beginning. There Could Be A Bible Shortage

American tariffs on Chinese goods also include Bibles printed in China. This means churches, religious schools would be forced to pay a stealth Bible tax to read the holy scripture.

Christian publishers and Bibles societies in the US depend on the capacity and expertise of printers in China. China also supplies nearly 20 million Bibles bought each year by Americans, said Stan Jantz, president of the Evangelical Christian Publishers Association. He also added that the trade war could create a Bible shortage.

The Associated Press reported that Mark Schoenwald, the CEO of HarperCollins Christian Publishing, told the US Trade Representative that the company believes the Trump administration never intended to impose a ‘Bible Tax’ on consumers and religious organizations.

HarperCollins Christian Publishing owns the two largest Bible printing companies in the US, Zondervan, and Thomas Nelson. Schoenwald also said that together they command 38% of the US Bible market.

Geof Morin of Bible publishing charity Biblica told the AP he warned that a tariff on Bibles would “dramatically affect the number of Bibles we are able to print and give away.”

Morin also added that this would impact the religious freedom of individuals and make the Bible nonexistent.