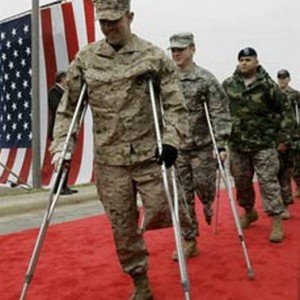 John T. Baldy II filed a lawsuit in West Virginia against Nationstar Mortgage aka Mr Cooper. Baldy a veteran living in Charleston. He alleges breach of contract and other counts. The veteran claims the mortgage servicer failed to modify a loan. As a result, they placed Baldy’s home into foreclosure. He also alleges Nationstar aka Mr Cooper violated FHA/VA guidelines.

The suit states that the plaintiff obtained a VA loan for the purchase of a home on March 29, 2006. Baldy was married when he secured the loan. However, he and his wife divorced. The lawsuit alleges Nationstar aka Mr Cooper was assigned ownership and servicing of the loan in 2015.

The plaintiff alleges he experienced hardship in 2017. As a result, Nationstar offered Baldy a loan modification in September 2017 and he accepted.

Baldy alleges the Nationstar aka Mr Cooper breached the agreement and refused to modify the loan. The lawsuit also alleges Nationstar insisted that the modification agreement needed the signature of Baldy’s ex-wife. However, Baldy insists there is no requirement in the law or contract for his ex-wife’s signature because she has no interest in the property.

As a result, Nationstar aka Mr Cooper filed foreclosure against Baldy’s home. Nationstar ignored the fact that Baldy was current on his payments.

The plaintiff is seeking all reasonable sums due and attorney fees. In addition, Baldy is seeking court costs. Bren Pomponio of Mountain State Justice in Charleston is representing John Baldy.

The Kanawha Circuit Court has assigned the case to Judge Tera Salango.

Nationstar aka Mr Cooper joins a long list of mortgage servicers trying jerk around men and women who have served their country.

Nationstar Puts Lipstick On A Pig And Calls It Mr. Cooper

Why Is Nationstar Mortgage Scamming A 9/11 First Responder?