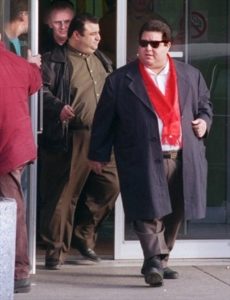 The next-door neighbor of Mob Boss Pasquale (Pat) Musitano says she can’t sell her home because of her high-profile neighbors.

Karen Montesanto and her realtors insist the Hamilton, Ontario neighborhood is safe.

Montesanto moved into her home on St. Clair Boulevard next to the notorious crime boss five years ago. She recently decided to sell and placed the property on the market for $990,000 in February.

Montesanto dropped the price by $150,000 after no one bid. That didn’t do the trick.

She told the Hamilton Spectator that only four potential buyers turned up to an April open house. This was days after Musitano survived a shooting outside his lawyer’s Mississauga office.

Consequently, Montesanto took the property off the market altogether.

She told the Hamilton Spectator:

The writing was on the wall.

As a result, the retired visual arts teacher has resigned herself to staying in the four-bedroom home since she has done extensive renovations. She took a $40,000 loss in the process of trying to sell her home. Montesanto had to sell a home she had purchased with the intent of moving to after the sale of the St. Clair property.

The previous owners used the property as a bed and breakfast. Montesanto rents rooms in the spacious home.

She also claims she has never had any issue with Musitano or visitors to his home.

She told the Hamilton Spectator:

Everybody that’s ever been there has been polite and gentlemanly. He’s just a neighbor that happens to have a reputation. 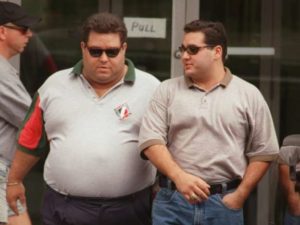 An SUV was set ablaze in Musitano’s driveway in September 2015.

The Mob Boss’s home was also sprayed with bullets in June 2017.

A Musitano family friend was injured in a head-on collision in front of the house Monday.

Three men fled the scene of the accident. Police arrested the owner of the other vehicle on suspicion of failure to remain at the crash and conspiracy to commit murder. Police released the man unconditionally because of lack of evidence.

However, Montesanto and her neighbors insist they feel safe.

Montesanto said the incidents are concerning.

I can honestly say it’s the safest I’ve ever felt.

We’ve always believed it be safe and wonderful. It’s a very popular street.