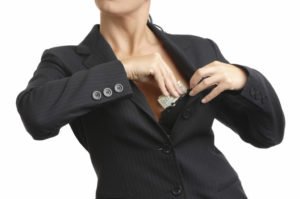 A federal jury has convicted Jacquelyn Graham of conspiracy to commit bank fraud, wire fraud, and mail fraud. Graham and her co-conspirators ran a mortgage elimination scam that preyed on the elderly and vulnerable.

Jacqueline Graham preyed on vulnerable homeowners who could not afford their mortgage payments during a time of crisis in the housing market.  Because of her greed, these homeowners ended up financially worse off than when they found her.  We will continue to work with our law enforcement partners to bring to justice those who victimize the vulnerable.

The Feds Detail How The Mortgage Elimination Scam Went Down

Terra Group held itself out as a business that would investigate and eliminate mortgage loans in exchange for fees. The company also solicited clients who were having difficulties making their mortgage payments. However, Terra engaged in a wide-ranging scheme to defraud clients, county clerks’ offices, and banks.

As a result, anyone doing a title search would see that the client’s mortgage had been satisfied.  However, the mortgages had not been discharged. The mortgages were eventually reinstated by the lender.

The mortgage elimination scheme operators recruited Paula Guadagno. Guadagno did real estate title work for Terra and filed discharges on behalf of Terra. She also did title work and discharges for attorney Anthony Vigna and a CPA who worked in Terra’s offices. 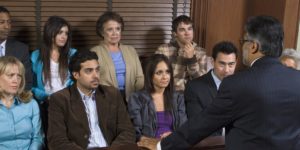 Jacquelyn Graham was convicted of one count of conspiracy to commit bank fraud, wire fraud, and mail fraud. The count carries a maximum sentence of 30 years in prison.

Bruce Lewis pleaded guilty to one count of wire fraud relating to the Terra scheme. As a result, he faces a maximum sentence of 20 years in prison.

Anthony Vigna pleaded guilty to one count of participating in a conspiracy to commit bank fraud, wire fraud, and mail fraud relating to the Terra scheme. He faces a maximum sentence of five years in prison.

Terra’s Director of Operations, Rocco Cermele also pleaded guilty to one count of participating in a conspiracy to commit mail, wire, and bank fraud, and one count of wire fraud. He faces 50 years in prison.