The Bronx Foreclosure Defense Team That Hits It Out Of The Ball Park Like A Yankee! 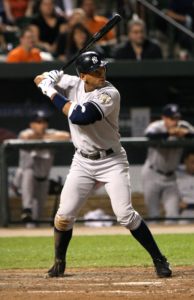 MFI-Miami has created the most aggressive Bronx foreclosure defense team New York has ever seen! We are the only foreclosure and mortgage experts with the strength to successfully challenge any Wall Street lender in a Bronx County or New York courtroom.

MFI-Miami’s Bronx foreclosure defense team has become a lender’s worst nightmare. Why? MFI-Miami has successfully challenged some of the most arrogant foreclosure mill lawyers and Wall Street lenders in New York.

For nearly 10-years, MFI-Miami CEO Steve Dibert has developed a reputation of bringing Wall Street banks to their knees.

We bring the most assertive Bronx foreclosure defense team to you! Steve Dibert likes to fight the Wall Street banks! He spent nearly ten years in the world of lending and knows the Achille’s heel of all the major lenders.

MFI-Miami also works with some of the best litigators in the Bronx.