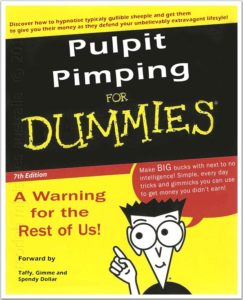 Tampa Pastor Luckner Stimphil was sentenced to 57 months in federal prison. Stimphil pleaded guilty for conspiracy to defraud the IRS out of $11 million.

The Tampa Pastor’s daughter, Elwolfine Dufort was sentenced to two years in federal prison for her role in the conspiracy.

The court also ordered Stimphil and Dufort to pay $11 million in restitution to the United States. Judge Steven D. Merryday imposed a $10,000 fine against Stimphil.

Stimphil and Dufort had pleaded guilty in February 2019.

The Tampa Pastor also consented to pay all taxes, interest, and penalties he owed to the IRS.

The business operated from around 2011 through at least mid-2015. The Tampa pastor and his daughter routinely assisted in and advised in the preparation of false and fraudulent 1040 forms to the IRS.

Luckner Stimphil and his daughter were responsible for preparing false tax returns that caused more than $11 million dollars in losses to the IRS, essentially stealing the tax dollars paid by honest Americans.