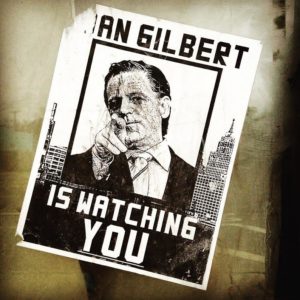 Quicken Loans owner Dan Gilbert suffered a stroke in the hospital Sunday. As a result, doctors had to immediately perform a catheter-based procedure. Gilbert suffered the stroke while hospitalized for an unrelated issue.

Gilbert was moved to the intensive-care unit to recover after the procedure. The catheter-based procedure revealed further details about what sent Gilbert to initially seek medical treatment.

Dan is awake, responsive and resting comfortably. Dan and his family are immensely grateful to the doctors and nurses whose early intervention is already paying dividends toward his recovery.

Farner also stated Gilbert had not been feeling well Sunday morning and a family friend took him to Beaumont Hospital in Royal Oak. Farmer also stated:

While under care at the hospital, he suffered a stroke.

Farner added that Gilbert’s companies will continue to operate normally.

Gilbert had been expected to deliver a keynote speech on Wednesday at the annual Mackinac Policy Conference on Mackinac Island.

The Quicken Loans owner also serves as founder and chairman of Bedrock Detroit. Bedrock has been on the economic development forefront in Cleveland and the Motor City in recent years. The 57-year-old is a father of five is also the majority owner of the Cleveland Cavaliers.

Crain’s Detroit Business reports that Gilbert will not be attending the Mackinac Policy Conference this week due to the health issue.

The Department of Justice is currently suing Quicken Loans under the False Claims Act. The DOJ alleges Quicken lied to FHA about the creditworthiness of applicants applying for FHA loans.

Is This The End Of Quicken Loans?