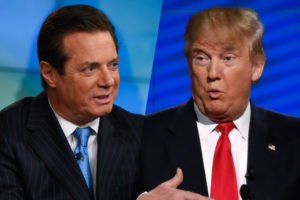 The DOJ claims Calk used his position to issue millions in high-risk loans in a quid-pro-quo deal.

In 2017, the Federal Savings Bank lent Manafort millions of dollars. Robert Mueller was said to be looking into the loan as part of Russia collusion investigation

The charges also state that Federal Savings Bank CEO was aware of Manafort’s history of defaults. Calk circumvented bank rules that would have inevitably denied the loan. Manafort recommended Calk to Trump for the job of Undersecretary of the Army. Ultimately, Calk did not get the job.

The DOJ also states that the OCC flagged the loans made to Manafort as substandard. They also questioned the bank about its inappropriate classification. DOJ also claims that Calk lied to regulators about his relationship with Manafort to cover his tracks.

The DOJ also charged Calk with one count of financial institution bribery and faces up to 30 years in prison.

Also, Check out this earlier article:

Mortgage Bankers Get Immunity To Rat Out Paul Manafort