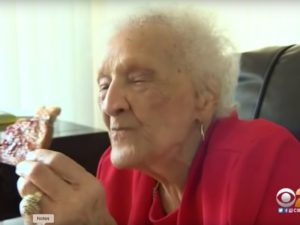 The scumbag landlord thought evicting 102-year-old Thelma Smith from her apartment to please his daughter would be easy. However, he didn’t know who Smith was friends with. Smith has powerful friends like former California Governor Arnold Schwarzenegger.

Smith has also lived in the residence for nearly three decades.

An official notice dated March 8 states that Smith must end her month-to-month lease for the home. Her landlords also noted that they were ending the lease after 30 years because their daughter is graduating from law school.

Landlord claimed in the notice that his daughter needed the unit as her primary residence.

A landlord can evict a tenant to accommodate a relative under the Los Angeles’ Rent Stabilization Ordinance.

Larry Cooper, executive director of the Coalition for Economic Survival told The Root:

She’s been there a thousand years and is paying very low rent. It’s pretty outrageous and heartless to be evicting this woman. It just shows a perfect example of how tenants without strong rent-controlled protections are vulnerable to displacement and injustices.

Pauline Cooper has offered Smith a bedroom in her own home. However, Smith wants to stay where she is. She’s been called energetic and spry by those who know her.

Will Arnold Schwarzenegger Pay The Landlord A Visit? 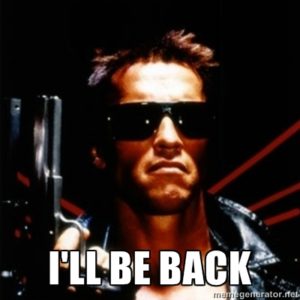 The story of Smith’s plight is also drawing sympathy and promises for assistance. As a result, the Los Angeles County Department of Consumer and Business Affairs say it is investigating the eviction notice.

County Supervisor Mark Ridley-Thomas is also said he is also looking into the situation:

The last thing our centenarians should be concerned about is a place to call home. My objective is to bring all the resources the County has to bear to deliver a prompt and dignified resolution to this matter.

Smith worked many years for the nonprofit Sugar Ray Robinson Foundation. As a result, she became friendly with star and former California Governor Arnold Schwarzenegger working with at-risk youths. He has also pledged his support.

Schwarzenegger said he has known Smith for many years. He also recently sent her a fruit basket and is offering his assistance.

Thelma has been a dear friend for a long time. Imagine doing this to a 102-year-old woman who gave back to the community her whole life. It is heartless. Thelma, I’ll be reaching out to help. Landlords, you’ll hear from me too.

Looks like Smith’s landlords will be getting a visit from The Terminator!