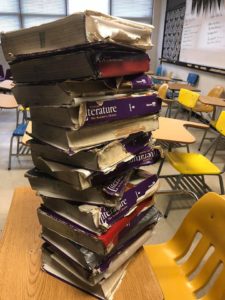 The people we rely on to educate our children are struggling to afford a home in the same places where they work.

Trulia’s analysis shows the list price for a for-sale home nationwide rose 19.2% in the last three years. However, wages for American teachers and others have only increased by 6.7% over that same period. This is due to drastic cuts to education spending across America.

American teachers also can only afford less than half the homes in 42 of the top 55 communities reviewed.

Only Restaurant Workers Have It Worse Than American Teachers

There is only one other group having a harder time than teachers. Restaurant workers can only afford 5% or less of the homes in the same market.

The simple answer may appear to be for these people to move a more affordable market. However, Trulia highlights that lower-priced markets also come with lower wages.

Housing affordability is once again a national concern. It doesn’t just impact a handful of American teachers and restaurant workers.

A recent analysis from Moody’s Investors Services has discovered the era of unusually affordable housing has ended.

In fact, California first responders that earn more than $100,000 a year. However, they can only afford less than 25.1% of homes on their respective markets.