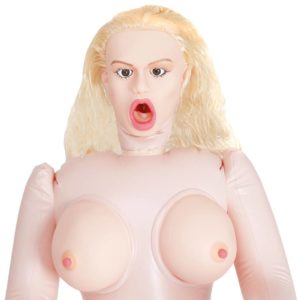 A 59-year-old Ohio man named Shaun Joseph reportedly admitted to police that he stole $166,000 from his mother. Mrs. Joseph was a non-verbal blind dementia victim.

Dayton police were granted a search warrant to search the home of Shaun Joseph. Police found five silicone dolls with multiple heads and wigs. They also found one box of unopened lingerie and sex toys.

The Dayton Daily News reports Joseph told investigators his mother gave him permission to use her credit cards before she started, “going south medically.”

He allegedly conceded to officers that his purchases may have been “beyond the scope of what she would have permitted.”

Computers in Joseph’s home contained multiple videos of child pornography according to the report.

He is free on bond while awaiting a trial date in Montgomery County.