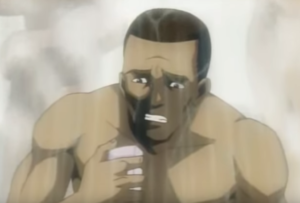 Jones’ mortgage fraud scheme is the latest in a long string of cons stretching from California to South Beach.

Some of Jones’ victims included former NFL players Charles Woodson and Jarvis Green. He also scammed Nick Cannon out of $15,000 for a share of the Atlanta Hawks. Cannon is a TV personality and former husband of singer Mariah Carey.

Jones went to prison in Southern California for stealing $200,000 from sports agent David Meltzer. Meltzer runs a marketing firm with NFL Hall of Fame quarterback Warren Moon. Jones falsely claimed he was part of a group that was putting together a deal to sell a small ownership in the franchise.

However, Jones only did 16 months in prison.

Jones then moved to South Beach He reinvented himself posing as a high-roller looking to buy luxury condos.

According to Miami-Dade prosecutors, Jones used phony documents to try to gain ownership of a high-end South Beach condo while at the same time trying to take out a $250,000 loan against the property.

But while awaiting trial last fall, He vanished. Jones is still facing trial in the Florida state cases.

However, he soon resurfaced in South Florida with the same scam. One of his targets: a $3.5 million four-bedroom waterfront home in the Rio Vista neighborhood of Fort Lauderdale. The home is owned by V&H Ventures.

Benjamin Gettler said he got a call from a closing agent who told him about the bogus mortgage on the home. The lender, TCM Finance, had already paid out the money. Gettler is the managing partner of V&H Ventures.

Gettler complained to the FBI. The FBI found another Broward property Jones also had targeted. After his federal arrest, Jones pleaded guilty to mail theft and identity fraud.