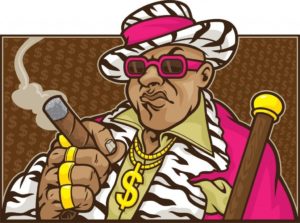 It appears Scrapper the drug dealer will leave the light on for you at the Motel 6 Northeast located in Madison Heights, Michigan. Aside from being a drug dealer, Scrapper thinks he’s a wannabe version of Fly Guy from “I’m Gonna Git You Sucka”

He uses vacant rooms at the Motel 6 property across from Oakland Mall to pimp out his drug addict customers to budget conscience Johns.

Scrapper transports pretty white girls to the property and gives them drugs like heroin and crack. Once the girls are high as a kite, Scrapper brings in the Johns. The budget conscience Johns pay Scrapper upward toward $200 to have sex with these young women. Essentially, raping these women. 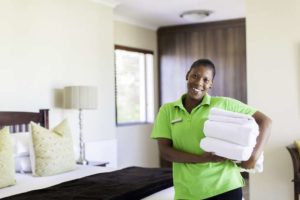 The Motel 6 Northeast is an ideal place for Scrapper to operate his sex trafficking operation. He gets rooms for free and it’s only 6 miles from his base of operation in Detroit.

It also turns out, Scrapper is the maintenance manager at the property. He also oversees the women who clean the rooms as part of his job.

This comes in handy if a young female addict wakes up discovering herself naked in bed with a stranger. If she calls the police claiming to have been raped, Scrapper can have the rooms clean and sanitized before the Madison Heights Police have time to dust the room for evidence.

A Detroit Motel 6 Gets Unwanted Attention For Sex Trafficking

On the afternoon of February 16th that is exactly what happened. A female victim of Scrapper’s woke up naked on a bed in Room 248 of the Motel 6.

The victim phoned her mother in tears from the bathroom of the room. She claimed she had just been raped. She also informed her mother there were two unknown men in the room with her.

As a result, the mother sent the victim’s brother and step-father to the motel to get her. The mother called the Madison Heights Police and then called me. The police soon arrived. As a result, two men bolted from the room and fled the scene in their 20-year old Jeep Grand Cherokee.

Suddenly, a black guy then appeared out of nowhere like a thief in the night. He began chatting with the motel maids. After the conversation, the maids hurry and make their way to Room 248 to clean the room.

I soon recognized him as Scrapper the drug dealer. The Madison Heights Police then interviewed him and he admitted to being the maintenance manager of the property.

As a result of the interview, the Madison Heights Police became tight-lipped. The responding officers claimed they couldn’t make any arrests. They claimed any arrests may interfere with an investigation by the feds or the Michigan State Police. 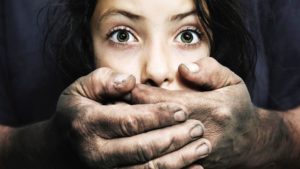 Unfortunately, the victim who was jonesing from heroin withdrawals and was fearing for her life refused to identify Scrapper. She claimed that she had not seen or spoke to Scrapper in two weeks. This was apparently a lie or was it?

Apparently, the men were not too happy about my February 5th blog and suspected she was the source for the piece.

The blog detailed their drug and sex trafficking operation out of abandoned properties owned by the Detroit Land Bank. The blog led to the Detroit Police raiding several of the properties mentioned in the piece that evening.

The victim alleges she only escaped from the trap house because she told Scrapper and the other men that I was driving around the neighborhood looking for her. Scrapper and the other men then allegedly left the trap house to look for me and left a door open. The victim then fled the scene and got a ride out to an undisclosed location in the Detroit suburbs.