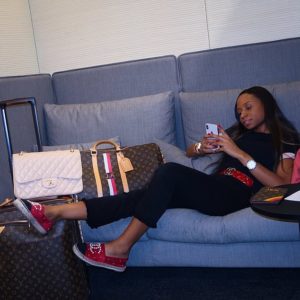 Colombian authorities have arrested a Miami social media influencer. Authorities allege Jenny Ambuila and her family have been operating a massive money laundering scheme. Ambuila flaunted designer bags and her red Lamborghini online and it got the attention of Colombian authorities.

Jenny Ambuila’s fairy tale lifestyle came to a bitter end on Friday. Colombian Police arrested her and her and her parents while they vacationed in Colombia.

Prosecutors say her father Omar Ambuila worked as a mid-level customs officer at the Colombian seaport of Buenaventura. They claim he allegedly pocketed millions of dollars in exchange for letting untaxed goods pass into the country.

Jenny Ambuila has also been charged with money laundering and is currently under house arrest in Colombia.

Her parents are in prison on additional charges of aiding smugglers and corruption. 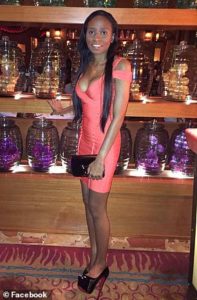 Authorities hope their arrests can help untangle a larger web of corruption at the seaport.

This is a fundamental case in our fight against smuggling. We are going after all of this corrupt structure, and the resources behind them.

Colombian Prosecutors claim Omar Ambuila was a ports inspector making only $3,000 a year according to El Tiempo.

Jimenez says Omar Ambuila received at least $600,000 in bribes since 2012 in overseas payments. Prosecutors also believe Ambuila may have received much more.

The funds were then allegedly wired to Jenny Ambuila in Miami.

Jenny Ambuila was a student at the University of Miami from 2013 to 2017. She earned a bachelor’s degree in finance.

Ambuila and other alleged accomplices received millionaire dividends that were hidden through front companies or were turned over to their relatives.

Prosecutors also said that Jenny Ambuila’s social media posts are what tipped them off.