Federal prosecutors charged Shiraaz Sookralli with mail fraud and wire fraud. They also charged him with conspiracy and money laundering.

Sookralli then entered into bogus sales orders with customers for the unauthorized sales of non-existent or future exotic Porsche 911 GT3s and 911 GT3 RSs.  As a result, he required deposits from his victims in the form of wire transfers or cash. He later deposited into his shell company’s bank account.

The buyers relied on Sookralli’s longtime employment at Champion and his title as “Vice President of Marketing.”

Victims believed they would receive a yet-to-be-built Porsche vehicle. They also believed they were sending money to a legitimate bank. Champion Porsche did not authorize Sookralli to conduct these transactions. 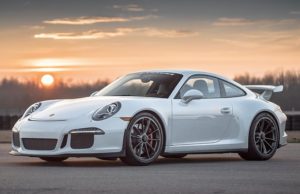 The complaint also alleges that Sookralli received over $2,200,000 from approximately 30 customers. They never received the Porsche vehicles as agreed. Federal prosecutors also allege Sookralli used the money for extravagant expenditures including luxury vehicles, jewelry, nightclubs, and restaurants. Sookralli also funneled amounts in excess of $10,000 at a time from his shell company account to bank accounts he controlled.

After Champion Porsche uncovered Sookralli’s fraud scheme, it contacted his victims and began its cooperation with the criminal investigation. Champion also refunded all of Sookralli’s victims.

Also, check out this article for more information about Sookralli: