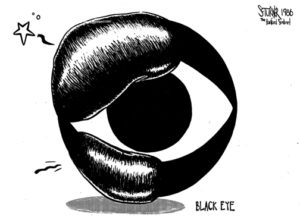 The longtime manager the CBS Employees Federal Credit Union has been arrested. Edward Rostohar charged with embezzling more than $40 million from his employer over the past 20 years. He also faces felony counts of bank fraud and aggravated identity theft.

Rostohar was arrested two weeks ago. He remains in custody. United States Attorney Nic Hanna considers him a flight risk. Rostohar faces a maximum of 32 years in federal prison and a $1 million fine if convicted.

Federal prosecutors allege Rostohar used his position to make online payments to himself or forged the signature of another employee on checks to himself for nearly 20 years. Rostohar allegedly spent the money on gambling, expensive cars and watches and travel by private jet.

The credit union immediately suspended Rostohar from his job. Later that day, Rostohar’s wife called 911 and told the dispatcher that her husband had stolen money from work and was leaving the country.

The leadership of the SBS Employees FCU announced the takeover last week on their website.