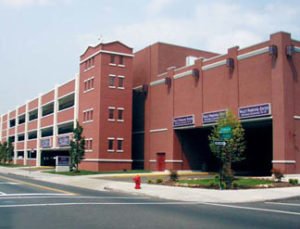 On nearly a daily basis, a woman with the street name “Crystal” hands off thousands of dollars of brand new iPhones to a middle eastern male employee of the casino.

The gentleman then unblocks the phones and then re-sells them on the internet at a discount or ships them overseas.

As a result, the scam has cost cell phone carriers and local retailers millions of dollars.

Charlette Leshawndes Gibbs aka “Crystal” is a regular fixture in some of Detroit’s most notorious drug houses. She can regularly be seen hanging out at the gas stations along State Fair Road between I-75 and John R Road.

Why would an overweight black woman from the suburbs hang out in a neighborhood known for its plethora of drug houses? Gibbs entices suburban drug addicts who come into the gas stations to buy food and cigarettes a way to make a quick couple of hundred dollars. After all, what drug addict hopped up on heroin or crack is going to refuse her?

Gibbs drives them to local phone stores in northern suburbs of Detroit. She convinces them to buy family plans with multiple iPhones 8s and iPhone XRs. In one case, Gibbs took one addict to three different phone stores in a matter of two hours. They walked out with 8 iPhone XRs.

The addicts are high so they don’t know that they are being manipulated. They are focused on getting money so they can get high. Addicts make for easy victims and gibbs knows this.

Gibbs feels pretty confident she won’t get busted because it is unlikely an addict will rat her out. She believes the cops won’t believe an addict since they cannot give credible information.

The addicts give Gibbs the phones thinking she will give them the money after she sells them to her Arab friend in the bowels of the Motor City Casino parking deck. Except Gibbs never returns to the trap or drug houses with the money.

The scam affects more than the credit scores of dozens of Detroit area drug addicts. It costs cell phone companies and local cell phone retailers millions of dollars in lost revenue and merchandise.

Who Is The Motor City Casino Phone Scammer?

Charlette Leshawndes Gibbs who goes by the street name, “Crystal” rents an unassuming looking 2-bedroom home at 21184 Dexter in the blue-collar section of Warren. Warren is a bedroom community that borders Detroit on its northeast border.

The 28-year-old Gibbs is also a self-admitting traffic ticket scofflaw. By her own admission, she owes the City of Warren in suburban Detroit nearly $1300 in unpaid parking tickets.

Gibbs also allegedly offered to let several of the addicts who she conned stay in her home when she went out of town when the addicts began questioning her about the money for the phones.

One addict named Jackie O’Brien was allegedly brazen enough to forge Gibbs’ signature on the title of her minivan. Then sell it for drugs.

Gibbs claims she is unwilling to report the robbery to the Warren Police out of fear she will be jailed for her unpaid parking and traffic fines. Instead, she has stalked and harassed people she believes are responsible for stealing from her.