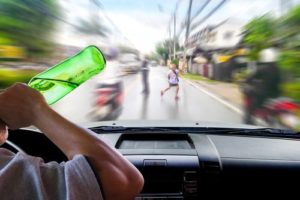 Former Detroit Land Bank spokesman Craig Fahle was convicted after being busted for driving drunk and cocaine possession in his pocket. The court sentenced Fahle to one year of probation and community service. Fahle was a longtime public radio personality on WDET who resigned as the spokesman of the Detroit Land Bank last year.

Police also found a small baggie in his pocket that tested positive for cocaine. Fahle spent three days in jail after his arrest. He was charged with drunk driving and a felony count of cocaine possession as a result of the arrest.

Wayne County prosecutors reduced Fahle’s drug charge from a felony to a misdemeanor as part of a plea deal and because he has powerful friends in Wayne County.

I’m sorry. I made a massive mistake, and I am incredibly embarrassed by it. I’m very thankful that it didn’t turn out to be something worse, and I vow that it will never happen again.

The conviction won’t impact his job with Deadline Detroit according to the site’s co-founder and editor, Allan Lengel.

Also, check out this article about the Detroit Land Bank: