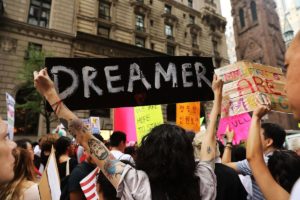 FHA and HUD are denying claims they are denying government-insured loans to DACA Dreamers. HUD told HousingWire earlier this week that their policies have not changed in regard to mortgages to Deferred Action for Childhood Arrivals recipients.

Yet, multiple lenders and mortgage industry participants say HUD seems to be saying one thing and doing another.

One lender passed along a message that appears to be from a HUD employee who states that C-33 visa holders (DACA Dreamers) do not meet FHA guidelines. HUD justifies this by saying DACA status does not grant legal residency in the United States.

Another lender claims FHA told them point blank that DACA Dreamers are not eligible for FHA mortgages.

Now lenders have chosen to stop FHA lending for DACA Dreamers because they have interpreted HUD’s guidance to mean the FHA will not back mortgages for Dreamers.

HUD is allowing that mystery to serve as their answer by not declaring if they are or not.

HUD is leaving it to the mortgage industry to interpret what they are supposed to do about it. Basically, it appears that HUD wants things to be ambiguous. Therefore, discouraging all parties from writing loans for DACA Dreamers. Lenders will stop writing the loans out of fear that they won’t be able to sell the loans on the secondary market.

Lenders are saying only Fannie Mae and Freddie Mac are willing to buy C-33 loans right now. However, they must be conventional loans.

USCIS referred HousingWire back to HUD for how its rules impact lending.

The bottom line appears to be that no one really seems to truly know what is going on and that is leading to a lot of confusion.

One lender accused HUD of political speak. They are basically playing both sides and not really provide an answer one way or the other. HUD is not being dishonest. Yet, they are not exactly telling the whole truth either.