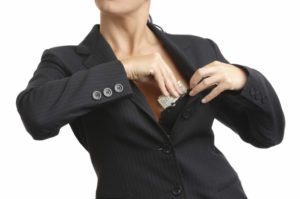 HUD, Ginnie Mae, and the VA are investigating lenders. The government is investigating the lenders for targeting service members and veterans for quick and potentially risky refinance deals.

The investigation has led to some lenders being booted from Ginnie Mae’s primary mortgage securities platforms. In addition, some lenders are also being restricted for questionable conduct.

Based on this data a veteran securing a mortgage with a retail loan originator at Fairway Independent Mortgage will pay 20% more in interest to borrow the same amount of money based on all things being equal. Mortgages are a commodity. Service, average days from contract to closing customer service are all the same among all lenders/channels. The only difference is that the Veteran pays 20% more.

Lenders Try to Throw Their Weight Around With AIME

Fairway did not take the allegations lightly. Fairway’s general counsel sent Casa a cease and desist letter. Fairway’s lawyers ordered Casa to remove the information from both his LinkedIn and Facebook pages. The letter calls Casa’s post defamatory.

In return, Casa published the cease and desist letter on that same LinkedIn post. He also added his response to the letter.

Casa and AIME claim that his data is 100% true. He even begs the company to escalate the issue further.

Fairway did not respond to Casa. The company did respond to HousingWire’s request for comment on the matter with a lengthy statement that lays out its case against Casa.

Anthony Casa made statements about Fairway’s treatment of Veterans which we believe to be misleading, untrue and potentially defamatory.

Fairway takes comments like this very seriously and therefore felt a cease and desist letter was appropriate. Fairway is very passionate about providing assistance to Veterans through both mortgage lending and its American Warrior Initiative.

Steinhaus also contends that Casa is not being entirely truthful with the data he uses in his posts:

Casa also claims Fairway has a wholesale presence in Arizona which accounts for a large percent of its VA purchase volume. This, in turn, weighs down its average note rate. The truth is Fairway has ZERO wholesale presence in Arizona so his allegation is completely unfounded. Fairway stands behind its service to Veterans and intends to protect against those who disparage us.

Casa writes that he has no plans of backing down:

These types of bully/intimidation tactics may have worked for these companies in the past with other people, but I am not other people.