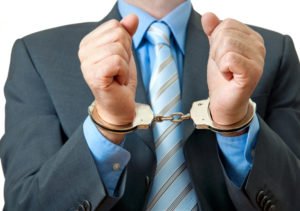 The saga of the $8.9 Million Vanguard Funding embezzlement scheme continues.

Edward Bohm became the third Vanguard executive to admit to being involved in the scheme. Bohm pleaded guilty to conspiring to commit wire fraud and bank fraud in connection with a scheme. COO Matthew Voss and CFO Edward Sypher have already pleaded guilty in a scheme.

Sypher and Voss were sentenced to 18 and 24 months in prison in December. They also pleaded guilty and were ordered to pay restitution.

The USAO for the Eastern District of New York claims Bohm, Sypher, and Voss obtained warehouse lines of credit for Vanguard from various lenders by falsely stating that the proceeds would be used to fund mortgages or refinance mortgage loans.

The complaint alleges that the FBI recorded Bohm and Sypher discussing the scheme.

Bohm said in the recording that the trio would avoid criminal charges because their targets were lenders, not the public.

Bohm – who was an undisclosed owner of Vanguard Funding – faces up 30 years in prison for his role in the scheme, although he may likely receive a sentence similar to his co-conspirators, who also faced up to 30 years.

Vanguard was a 33-branch mortgage lending operation licensed in 11 states.