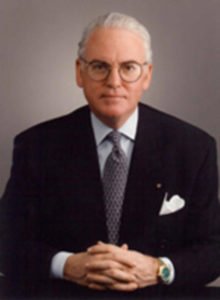 Trump tax attorney Ed Burke was slapped with federal charges according to the Chicago Sun-Times. The Trump Organization hired Burke to challenge his Chicago tax assessments.

It is unclear if the federal investigation is related to the president’s finances or something outside of Burke’s work for Trump. The Trump tax attorney did tax-related work for the Trump Organization for twelve years. However, the two parties severed the relationship in 2018.

Burke announced his breakup with Trump in letters filed with the Cook County courts and the Illinois State Property Tax Appeal Board. He wrote that irreconcilable differences have led his firm to stop representing Trump’s company. He also stepped aside in five current cases that seek refunds of millions of dollars in property taxes the president’s company had paid.

Chicago Sun-Times states the charges may stem from a fast-food company’s remodeling project in 2017. It is unclear if the company sought support from Burke for the project. Burke did try to land the company as a client for his firm.

Ed Burke is also an Alderman on the Chicago City Council. He represents the 14th Ward.

You can read the court filings on Scribd.