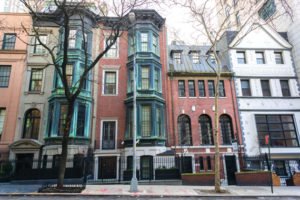 The City of New York has filed a suit against Metropolitan Property Group. NYC is claiming that MPG pocketed $21 million operating at least 130 illegal Airbnb rentals.

Metropolitan Property Group was allegedly warned by the city to stop violating the city’s short-term rental laws. However, they chose to continue to do so. Thus earning more than $21 million in illegal revenue from Airbnb.

It is illegal under New York law to rent out a unit in most buildings for less than 30 days unless the tenant is present during the time of the rental. However, the city claims Metropolitan Property Group frequently rented out entire units on Airbnb.

The city also claims that MPG created 18 additional corporate entities for the purposes of skirting Airbnb’s rules and the city’s laws.

Additionally, the city claims that Metropolitan Property Group ignored repeated warnings from the city and others about the allegedly illegal short-term rentals.

Airbnb which is not a party in the suit. They stated that the lawsuit provides for the need for new short-term rental laws:

This case is a clear example of just one thing: The ongoing need for a comprehensive bill that would provide for strict recourse against the few bad actors while protecting the rights of thousands of regular New Yorkers who are responsibly sharing their home. Airbnb supports legislation in Albany that would do just that.