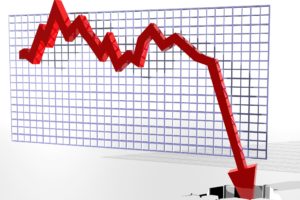 Existing home sales plummeted by double digits in December compared to the year before.

Both October and November saw gains in existing home sales. Yet, that all abruptly changed according to the latest Existing Home Sales report from the National Association of Realtors.

This is the first time in three years that existing homes sales slipped below 5 million sales.

NAR President John Smaby tried claimed the partial government shutdown had no effect on the decrease in existing home sales. He also downplayed the effects on the market:

The partial shutdown of the federal government has not had a significant effect on December closings.

Smaby also added. “the uncertainty of a shutdown has the potential to harm the market. Once the government is fully reopened, I am hopeful that housing transactions will increase.”

The housing market is obviously very sensitive to mortgage rates.

This contradicts what the NAR said a few weeks ago and not everyone is quite so optimistic. Trulia Senior Economist Cheryl Young said:

Looking ahead to 2019, expect weaker existing-homes sales as the new year ushered in a government shutdown and worsening economic uncertainty.

Properties stayed on the market an average of 46 days in December. This is up from 42 days in November and 40 days the year before.

Looking ahead, many potential homebuyers still face affordability challenges, but we do expect this to dissipate slowly, as there have been more signs of moderating home-price growth and accelerating wage growth, which should help bridge the affordability gap.