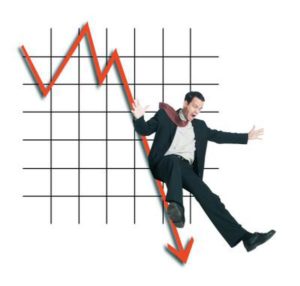 Ditech Holding Corporation has also had a revolving door in its CEO’s office for several years.

Yet, the bankruptcy didn’t end the company’s financial problems. In June, Ditech warned investors that it was exploring “strategic alternatives to enhance stockholder value,” which included possibly selling the company.

Ditech Holding Corporation ran into more trouble when it was kicked off of the New York Stock Exchange in November.

Ditech disclosed in their SEC filing that it fired COO Ritesh Chaturbedi. Chaturbedi had only been with the company for nine months.

Ditech Holding Corporation terminated Chaturbedi without cause on January 11th. The filing does not provide any details on what led to Chaturbedi’s termination.

Chaturbedi is getting one year’s salary of $450,000 as a severance payout.

But that’s not the only rough water Ditech is now in.

The company also disclosed that it did not make a scheduled interest payment on some of its debt. This despite apparently having sufficient liquidity to make the payment on time.

Ditech was supposed to make a $9 million payment on December 17, 2018. However, the company elected not to make the payment because it is still in discussions with creditors and other parties about the company’s future.

The company said that it has been in discussion with its creditors and has agreed to enter into forbearance on the debts in question while the company continues to discuss strategic alternatives.

The forbearance agreements expire on February 8, 2019.

Also, check out this previous article: