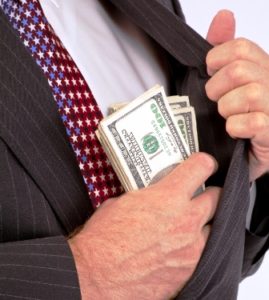 Celink has settled a federal lawsuit alleging that it violated the False Claims Act servicing of reverse mortgage loans. The Michigan-based servicer agreed to fork out $4.25 million to resolve the matter. However, they did not admit liability nor did they accept responsibility for collecting the illegal fees.

The suit alleged that Celink received interest on insurance payments from FHA for loans that were ineligible for such payments.

The Department of Justice alleged the loans did not meet the requirements for interest payments. Federal lawyers allege they were not eligible for a number of reasons.

The reverse mortgage servicer allegedly received interest payments from November 2011 to May 2016.

The lawsuit was resolved without the servicer admitting liability.

Celink cooperated with the government in this matter, and in order to resolve this matter with finality, agreed to a settlement, which does not involve any admission of liability by Celink.

Wyatt Achord, acting special agent-in-charge at HUD-OIG also said the case should be a warning to reverse mortgage servicers:

This investigation and settlement should serve as a stark reminder of our ongoing efforts to ensure that our mortgage industry partners adhere to mutually agreed upon program rules and business practices which help mitigate financial risk associated with FHA programs.