The National Rifle Association says that it’s in deep financial trouble and that it may be unable to exist.

The group says its financial problems are because financial service providers refuse to do business with the group. NRA leadership blames New York Governor Andrew Cuomo.

The National Rifle Association claims Cuomo has convinced banks and insurance providers not to do business with the group. As a result, the NRA will end its magazine publishing and television services. The group says it will also be forced to cut back on rallies and close some of its offices.

Cuomo encouraged New York-based businesses in April to cut ties with the NRA:

New York may have the strongest gun laws in the country, but we must push further to ensure that gun safety is a top priority for every individual and company that does business across the state.

I am directing the Department of Financial Services to urge insurers and bankers statewide to determine whether any relationship they may have with the NRA sends the wrong message to their clients and their communities who often look to them for guidance and support.

This is not just a matter of reputation. It is a matter of public safety, and working together.

As a result, the NRA sued the state of New York. The NRA claimed Cuomo was trying to deny the group the ability to speak freely about gun-related issues. This week, the NRA also filed an additional claim obtained by Rolling Stone, claiming Cuomo’s actions have impacted its cash flow to the point that it may soon be forced out of existence. 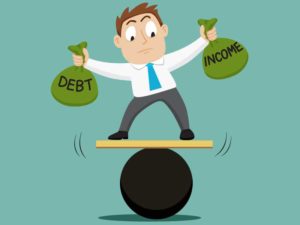 Andrew Cuomo may have impacted the NRA’s income over the past 8 months but the group’s troubles go back further and the blame rests solely on its leadership.

Most armchair pundits will claim the NRA’s financial problems are because of declining membership dues as a result of the epidemic of mass shootings during the past decade. However, that’s not the full story.

The NRA does not release membership data. However, it does by law have to make its cash flow a matter of public record. The group’s revenue has grown by about 0.7% a year over the past decade. Yet, this not enough to keep up with annual inflation ranging between 1% and 2.3% over the past 10 years.

As a result, the NRA got into this bind by spending beyond its means. NRA expenditures have been growing by an average of 6.4% a year, maxing out at $412.7 million in 2016.

In other words, the NRA failed to live within its means.