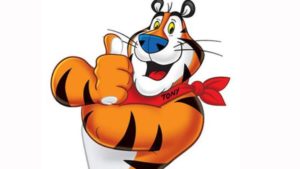 Have you ever sarcastically asked someone in a bad mood, “Who pissed in your Corn Flakes?”

It now appears someone actually did piss in your Corn Flakes. The guy who did it is now going to prison. He was also stupid enough to make a video of him doing it.

Gregory Stanton pleaded guilty on November 30th to tampering with a consumer product. The former Kellogg’s employee was also stupid enough to post a video of himself urinating on a Kellogg assembly line in 2014.

Stanton uploaded the video to Youtube in 2016. As a result, the uploaded video spurred an immediate investigation by Kellogg’s and law enforcement in Tennessee.

The video shows a man unleashing a mighty stream of piss onto a conveyor belt. Stanton also takes a moment post-pee to show the Battle Creek-based brand’s logo on a piece of machinery.

Kellogg spokesman Kris Charles said in a statement following the release of the video:

Stanton worked at Kellogg’s Memphis facility. Products that could have been potentially affected were Corn Flakes and most of Rice Krispies Treats rice cake products. All of these would be past their expiration date.

According to WREG-TV, the company was embroiled in a labor dispute with the workers union.

Stanton did not provide a motive for the stunt.