Ocwen Financial Stock Plummets Faster Than Contestants On A Japanese Game Show. Is New Boss From PHH To Blame? 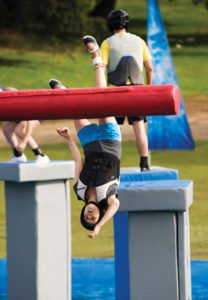 Ocwen Financial saw its stock plummet last week by more than 17%. The company reported a net loss of $41 million or $0.31 per share for the third quarter of 2018.

Ocwen Financial shareholders wonder if Newly appointed CEO Glenn Messina is up to the job fixing Ocwen. Messina is widely blamed for the problems that plagued PHH.

Ocwen Financial stated that nearly a third of its pre-tax losses or $13.9 million in the 3rd quarter were attributable to its servicing segment.

Ocwen Financial officially acquired PHH in October for $360 million. Ocwen’s CEO Messina, who took the position in October, said in a conference call with analysts that the company would see $100 million in cost savings from the acquisition. He also said it would finish integrating PHH into Ocwen in 9 to 12 months.

Ocwen once had a market capitalization of more than $6 billion. It made a fortune servicing subprime mortgages from banks after the financial crisis. U.S. Commerce Secretary Wilbur Ross was a member of its board of directors.

In the last few years, however, the company has faced numerous financial and legal challenges.

Regulators alleged that Ocwen mishandled consumers’ mortgage payments and illegally foreclosed on people’s homes. In 2013, Ocwen reached a $2.1 billion settlement with the federal government and 49 states to address such allegations of mortgage servicing misconduct.