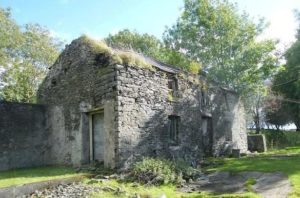 The incentive also has another motive. The government also wants to expand agricultural development.

The abandoned lands are all located in the southern end of the Italian peninsula.

The Bank of National Lands and the Demanio administer the lands. Demanio is the government agency in charge of state-owned real estate assets similar to a Land Bank here in the US.

The economic performance of the area has always lagged behind the rest of Italy and has never recovered from the 2008 financial crisis.

The Government of Italy is also trying to deal with a generation of young people who do not have a job.

The proposal faces a few hurdles. First, the Government of Italy must define what makes up abandoned lands.

The previous Government approved a decree to register all the agricultural lands that had been abandoned for the past 15 years. Yet, the registration was never created.

The Proposal Is Controversial In Italy

The plan is also controversial because it discriminates against same-sex couples. The proposal is also for heterosexual couples married in a church. It excludes civil unions, common-law marriages or couples that live together.

However, foreign married couples who are having a third baby can also apply. However, they must prove they have been living in Italy for more than 10 years. This has the Italian electorate unhappy that foreign couples get preferential treatment over gay Italian couples.

Another big question deals with Italy’s 150-year history of political instability. Families might not have the assurance that the program is actually going to be valid for the next 20 years. What happens in 20 years? Is the government going to repossess the land or sell it?

The land being used for the proposal is worth 9.9 billion euros according to the agency representing Italian agriculture and it’s value has raised by 31% during the last 15 years.

free land in italyGovernment of ItalyItaly