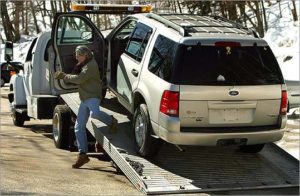 Hudson Valley Federal Credit Union will pay $65,000 to compensate 7 service members whose cars it unlawfully repossessed while overseas. The credit union also will pay a civil penalty of $30,000 to the federal government.

Protecting service members is a high priority for this Office and the country.

Financial institutions must recognize and honor their responsibilities to our men and women in uniform.  Our nation depends upon the selfless devotion and sacrifice of our service members and we must ensure that they receive all rights and protections afforded to them by law.

Hudson Valley Federal Credit Union agreed to provide $10,000 in compensation to the affected service members. They also agreed to pay any lost equity in the vehicle with interest.

An additional service member will receive $5,000. The credit union repossessed his vehicle but returned within 24 hours.  Hudson Valley has also taken steps to repair the credit of the affected service members.

For more information about the United States’s SCRA enforcement efforts, please visit www.servicemembers.gov.  Service members and their dependents who believe that their rights under SCRA have been violated should contact the nearest Armed Forces Legal Assistance Program Office.  Office locations may be found at www.legalassistance.law.af.mil/content/locator.php.