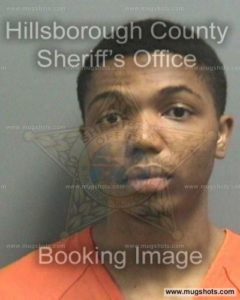 Dirk Lawrence Davis has apparently watched the Oceans 11 movies one too many times. He thought it would be easy to rob Tampa Seminole Hard Rock Casino in broad daylight. It appears he was wrong and was also not very smart.

He has pleaded guilty to robbery and to brandishing a firearm in furtherance for robbing the Tampa Seminole Hard Rock Casino. As a result, Davis now faces a minimum prison term of 7 years to life in federal prison. His sentencing hearing has been set for February 6, 2019.

Davis allegedly entered the poker room of the Seminole Hard Rock Casino in Tampa. He walked up to the teller window brandishing a firearm. He told the teller:

I don’t want to cause a scene. Give me hundreds.

The teller complied and she gave Davis $20,000 in cash. Davis fled the casino on foot. Surveillance cameras captured the robbery. As a result of seeing the surveillance footage on the news, multiple friends and family members of Davis identified him to law enforcement. In other words, his own family ratted him out.

The FBI also assisted the Seminole Police Department to investigate the case. The case is being prosecuted by the Assistant United States Attorney Michael M. Gordon.

This case was brought as part of Project Safe Neighborhoods (PSN). PSN is a program that has been successful in bringing together all levels of law enforcement to reduce violent crime.