Goldman Sachs To Offer Free Sex Changes For British Staff. The Bid Is To Rid Its Image Of An “Old Boys’ Club” 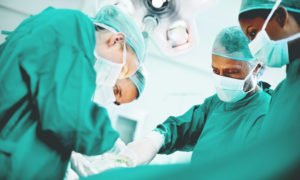 International bank Goldman Sachs bank is offering its UK employees free sex-change surgery as part of the insurance policy. Goldman Sachs employees in London offices will also be able to receive hormone treatment free. The move is to encourage women to stay at the banking giant.

Women will also be able to receive IVF treatment. Apparently, the international bank has been offering sex-change surgery to American staff for a decade. They just never publicized it.

Women make up 26% of Goldman Sachs employees. Thus, the company is encouraging women to stay at the firm.

As a result, Goldman has become the first company in the UK to ship working mothers’ breast milk home if they were posted overseas.

The banking behemoth has made the offer to its UK workers as it seeks to shake off its reputation that the company has an ‘old boys’ club.’

Goldman Sachs is trying to create a feeling of inclusiveness in the UK office.

Employees are mixed in their reaction to the additions in health coverage. Several employees have also praised the bank for trying to do “1,000 small things” to implement cultural change in the UK.

Whereas, another revealed that, “the bottom line is the bank is producing absolutely nothing tangible. The breast-milk benefit was seen as a bit of a joke on the shop floor.