The Federal Trade Commission and U.S. Attorneys in Maryland shut down an alleged $100 million real estate scam in Belize. The FTC said the scheme was the largest real estate fraud the agency has uncovered in its history.

The project was called Sanctuary Belize. The development drew thousands of investors from across the United States to invest $500,000 or more in the Central American country. 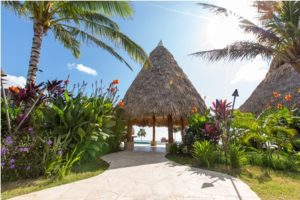 Developers promised investors they could build their dream retirement homes. The homes in the community would have every conceivable luxury amenity imaginable. This included an American-staffed hospital and an international airport.

In addition, Sanctuary Belize also promised investors the lots would double or triple in value in two or three years.

Convicted felon Andris Pukke ran the scam. He placed ads on Fox News to attract retirees as investors. However, Sanctuary Belize only developed 10% of the lots bought by investors over a 15 years period.

During this time, Pukke went to prison for another scam. Pukke also operated a fraudulent get-out-of-debt scheme.

The FTC alleges Pukke continued to direct the Belize fraud from jail.

The FTC alleges Pukke siphoned off money from his investors. He allegedly used the money to pay off a loan connected to his bail and finance a personal home in California. The government also says Pukke lives in Newport Beach, California.

The Federal Trade Commission Files Suit Against Pukke And Others 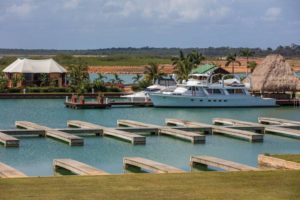 The FTC has named Pukke and more than 25 other people and entities in the new civil complaint. This also includes Luke Chadwick and Atlantic International Bank.

The FTC filed the lawsuit after commencing an undercover sting operation. The agency formed a fake exercise and fitness company that it used to get information from those directly involved in the scheme.

The Wall Street Journal chronicled the Belize investors’ struggles with Pukke and his business partner, Peter Baker in a 2017 exposé. Baker is also named in Thursday’s complaint. Nine investors sued the developers in 2016. They alleged the developers did not build the promised amenities. They also alleged that the developers failed to make financial disclosures. As a result of the lawsuit, the developers countersued for libel and won.