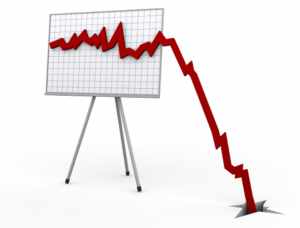 That came at the end of a long string of financial losses which was the result of the company’s revolving door of CEOs.

But none of that was enough to stem the tide.

Back in June, Ditech warned investors that it was exploring strategic alternatives to enhance stockholder value. Ditech also said they were looking at the possibility of selling the company.

On Tuesday another shoe dropped. NYSE booted Ditech off the board due to the company’s stock dropping to penny stock status.

NYSE rules stipulate that a company must maintain an average global market capitalization of at least $15 million over a consecutive 30 trading day period. Ditech failed to do that. Therefore, the company is in violation of the NYSE’s continued listing standard.

Ditech Holdings began trading again after it emerged from bankruptcy. Ditech’s stock even rose to $10 per share. However, the company’s stock began to plummet.

Ditech’s stock closed at $0.98 per share on Tuesday when trading was suspended.

The company said that the suspension and commencement of delisting proceedings do not affect its business operations.

Ditech states it plans to continue filing periodic with the Securities and Exchange Commission.

The company said that its board is still exploring those strategic alternatives.

The company said that there is no timetable for the completion of the strategic review.

Ditech is based in Fort Washington, Pennsylvania and currently has approximately 3,600 employees.

Is this the end of Ditech? We’ll soon see.