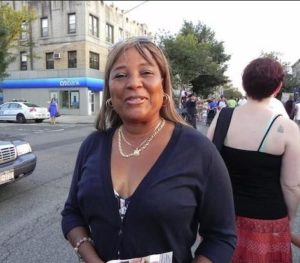 Harris pleaded guilty to two counts of wire fraud, one count of disaster relief fraud and one count of witness tampering. The Court also imposed restitution of $70,400 and forfeiture of $10,000. She resigned from the New York State Assembly on April 2, 2018. She pleaded guilty to committing fraud on June 12, 2018.

Pamela Harris has been held responsible for stealing tens of thousands of dollars in government funds set aside for underserved children and funds allocated for victims of Hurricane Sandy, as well as lying and presenting fraudulent documents to the FBI when her crimes were uncovered. She betrayed the trust placed in her by her constituents.

Harris defrauded the Federal Emergency Management Agency (FEMA) and the New York City Council (NYC Council) between 2012 and 2017. She then pressured witnesses to lie to FBI agents who were conducting the grand jury investigation into her fraud schemes.

Harris defrauded FEMA out of nearly $25,000 in temporary relocation funds between 2012 and 2014. Harris claimed Hurricane Sandy forced to flee her Coney Island home.  She also claimed that she was paying rent in Staten Island and submitted fake lease agreements and fraudulent rent payment receipts to FEMA.

In reality, Harris continued to live at her Coney Island residence and pocketed the FEMA payments.  Harris subsequently made similar misrepresentations to other organizations providing hurricane relief funds.

Harris defrauded the New York City Council of $45,600 in discretionary funding between August 2014 and January 2017. The City of New York allocated funds to a not-for-profit organization she controlled named Coney Island Generation Gap.